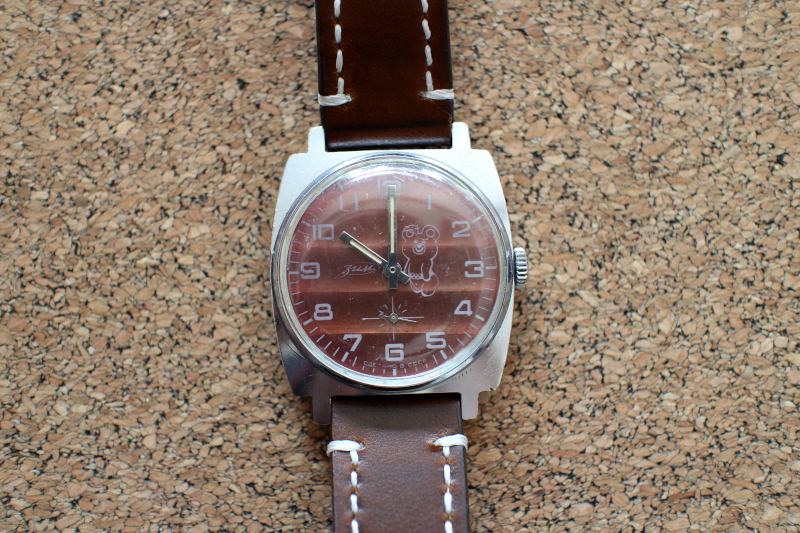 Each of us has a tendency to stand out. I would like, though not for long, but to emphasize myself against the background of the people around us and feel special. Not like everyone else. And in the modern world, for people there is a huge opportunity to prove themselves.

Someone strikes into science or learns languages, others disappear for days in the gym, still others try to create something new. It may not be grandiose, but something that will resonate in the souls of people, next to them and will not leave them indifferent. Fourth, try to commemorate themselves with the help of things that are dressed on them. This sends us back to prehistoric times, when stronger and bolder warriors made clothes from the dangerous predators they defeated.

Times are changing, as are people’s habits. Therefore, one of the modern examples, not counting the smartphone, is a watch. In secret, I’ll say that recently, I began to involuntarily notice a habit, that when I first met, I looked at exactly what kind of watch my interlocutor wears. Apparently the imprint of the work on the blog is starting to be postponed.

Here’s a little homework for you. The subjects will be a few close and familiar to you people. Try to compare the nature and their habits with what watches and whose brands they use. For example, what can be said about a man if he has a Tissot silver quartz watch on his hand. Or what a Suunto or Garmin smartwatch can tell us on its owner’s hand. Write about the results of your observations in the comments. Thanks in advance!

Something I went a little away in my reasoning. Sorry.

Now it’s quite difficult to choose a watch so that you don’t stumble upon similar ones from your colleague or friends. It is especially funny to watch American colleagues in the IT business, whose choice is limited to the color scheme of the strap for the Apple Watch. Which, however, will become obsolete in a year and will have to buy new ones. Of course, there is an option to spend your entire annual salary on a limited series of Ulysse Nardin or sell a kidney to buy a Rolex, but there is always the risk of encountering someone who has similar watches and also without a kidney.

There is a more interesting and significant, from the point of view of history, alternative that guarantees you the uniqueness of your watch.

The first option is the so-called marriage. When parts and a mechanism from an old watch are taken and installed in new cases. As an example of a popular marriage, this is a conversion of a pocket watch from Lightning into a wristwatch.

The second option is a complete restoration of the old watch to its original state. It is also desirable that they work.

It was the second way that I decided to go. The goal of my small and very dubious project was to restore a ZIM watch with a side second hand, a red dial and an Olympic Bear in honor of the 1980 Moscow Summer Olympics.

As you can see in the first part or in the video, 4 donors were purchased for these purposes. I must say right away that the workers from the four donors were only one watch – this is a ZIM watch in the “Washer” case, and the rest of the watches were faulty in terms of mechanism. But in terms of details such as arrows, glass, case, crown – they all came up perfectly, as they were made at the same factory.

To be honest, there were a lot of problems during the assembly in those places where you absolutely do not expect them. For example, the hour and minute hands flatly refused to sit on the axis and not touch each other. It took 15 – 20 minutes to solve this problem, and everything had to be done carefully so as not to damage or scratch them. But the truth is, after 10 minutes, my patience left me …

The second reason for the headache was the pins for the strap made in the Soviet Union. Either they were completely acidic, or the previous owner set them from a wider watch … I had to tinker with them in order to remove them and not damage the case.

But everything seemed to work out.

I suggest you sit comfortably in an armchair, brew a cup of tea or coffee, take cookies and enjoy the final part of the assembly and repair of the ZIM Olympiad 80 clock with a side second hand.

That’s all for today!

Thank you all for your attention!

Also go to our official website, where you will find a lot of interesting information!

Have a great week everyone!