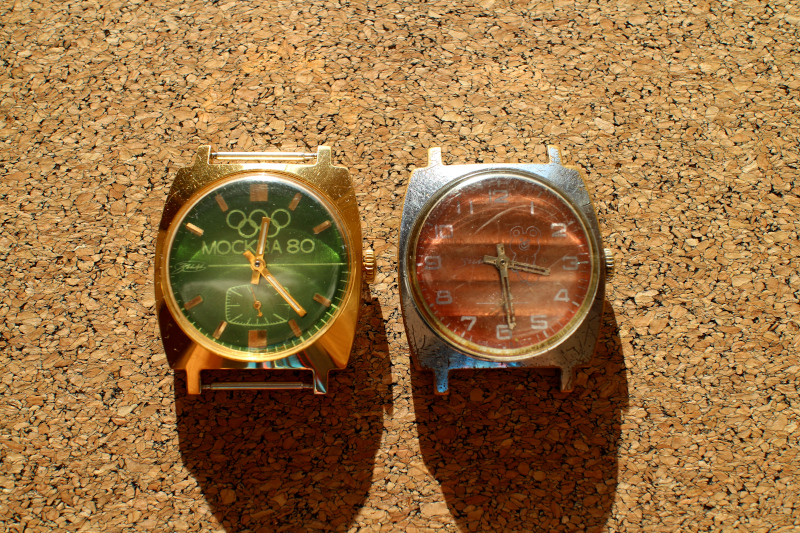 I would like to start our today’s release with the well-known poems of Agnia Barto:

Drop the bear on the floor
Tore off the bear’s paw.
I won’t leave him anyway –
Because he is good.

Like a hero of this poem, in front of me lies a ZIM watch with a little faded, but nonetheless, with an equally charming and friendly Olympic bear against the background of a red dial.

As you probably already understood, this ZIM watch was released in 1980 in honor of the Summer Olympic Games taking place in the USSR. 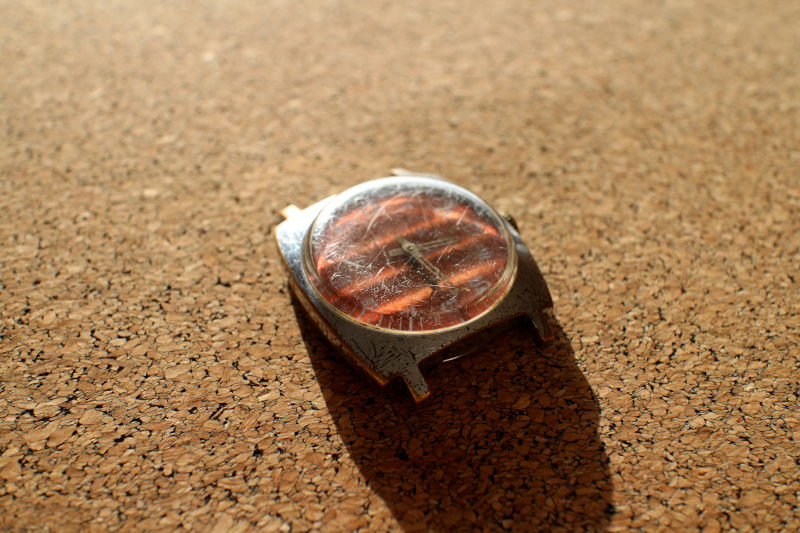 And judging by the deep marks on the watch case, they have experienced a lot in their life. It is unlikely that the previous owner or owners blew dust particles from them.

On the one hand, we have already considered a similar model from ZIM, but with a green dial and the inscription “Moscow 80”. So why should you pay attention to the bear model?

The fact is that both models are strikingly different in terms of design, even though the ZIM 2602 caliber is installed in them. Firstly, the case does not have gilding. Secondly, the luminescent composition on the arrows is completely absent or faded. Thirdly, there is no finish on the watch mechanism itself. There are no engravings of “15 stones” and “ZIM”, and the “Geneva wave” was also lost somewhere.

Nevertheless, in spite of all the above-mentioned shortcomings, I liked this watch and therefore I really want to restore it.

And the scope of work promises to be impressive:

After a thorough brain analysis, we come to the conclusion that we have only a dial in the dry residue.
Yes, of course, chrome can be removed. Arrows are treated with anti-corrosion agent and polished. A mechanism attributed to repassage. But is it necessary?

Today we will try to restore a ZIM watch with an Olympic bear from donors and tools at hand.

And maybe … maybe we don’t have any extra details left. And if successful, they will also work.

I suggest that you sit comfortably in an armchair or on the couch and pour yourself a cup of tea, as the process promises to be long and far from perfect.

Oh yes, I have to warn you again. For some, this news will be pleasant, but for someone not. In general, since I managed to get sick, yes, today’s video will take place without my voice.

Link to video.
That’s all for today!
Thank you all for your attention!
Subscribe to our channel on Youtube and Yandex.Zen!
Like it!
Also go to our official website, where you will find a lot of interesting information!
Have a great week everyone!
Till!