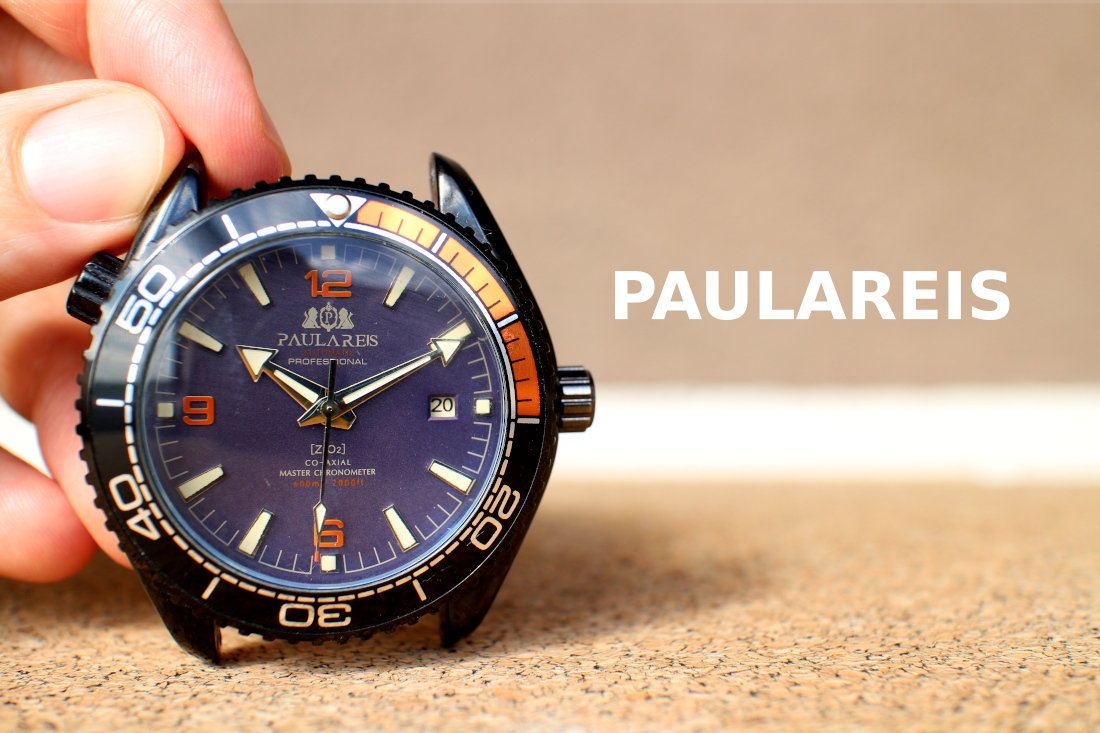 I am glad to welcome you on the page of my blog! What I just did not do on my project over the past year and a half in order to prove to my readers on live examples the build quality of budget Chinese wrist watches. Well and evil to haters of course.

I drowned the clock in the water …

I boiled it alive in boiling water, like noodles …

And each time the experimental watch came out of the experiments as winners. And to be more precise, despite all the rather stringent test conditions, the watch continued to work properly and display the time.

The idea of our experiment today, I was advised by one of the readers in Zen. The essence of the test will be that we put the watch in a container, fill it with water, send the whole thing to the freezer and defrost the watch after a day to check its performance.

So I actually acted, however, in the freezer, the watch lay for 5 days, which, I think, will help the watch to prove itself better.

The hero of my today’s review will be the Paulareis Co-Axial ZrO2 diving watch, and as you can further understand from the photo and video, this model is a homage to more serious watches. Namely, the Omega Seamaster Planet Ocean 600M Co-Axial.

By the way, friends, before some of you begin to write comments from the genus: “this is a fake,” I hasten to upset you. This is just a homework, a watch whose appearance is similar to other watches, but at the same time, they do not copy neither the name nor the mechanism.

Paulareis watches are distinguished by three main parameters compared to similar competitors from the Middle Kingdom. Namely – this is a low price, a bright style of design, the presence of two cranks, but I will tell you more about this later.

Regarding the style of design. Here, customers are provided with a fairly wide range of color schemes for designing watches, and to be more precise, there are 14 of them. In a word, there is plenty to choose from.

You can’t expect anything interesting in terms of packaging when ordering watches with a budget of 2000 rubles. So this time, Paulareis watches came modestly wrapped in a transparent thick film.

The watch case Paulareis is made of alloy, but which, unfortunately, is not specified. It can be both an alloy with zinc content and metals of low quality grades.

In addition, in the version I have chosen, the watch case is also painted black. In his defense, I want to say that in the video above, you can observe how resistant the color is to damage.

The diameter of the watch bezel is 44 mm and has a black color similar to the case, but it also has a bright orange insert in the interval from 0 to 15 minutes.

Also on the bezel of the Paulareis watch there are Arabic numerals in the region of 20, 30, 40 and 50 minutes. The 12 o’clock position has a fluorescent insert.

The bezel itself rotates only in one direction counterclockwise. Moving is easy and with a pleasant crunch. There is a slight backlash, but it is less than two minutes from the dial.

Despite the fact that Paulareis watches are made of alloy, their weight is quite large *. It is equal to 109 grams. 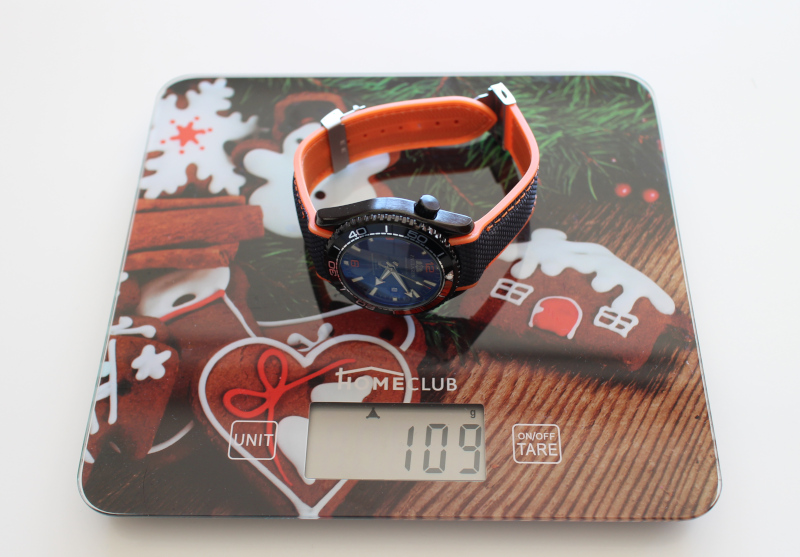 * Large – this is if we compare with Chinese counterparts.

The glass in this watch is slightly convex and, judging by the information on the manufacturer’s website, it is made of Hardlex material. It must be scratch resistant.

As they say, trust, but verify! You can see the result of the check in the video at the beginning of the article.

But what I definitely did not expect was to see the anti-reflective coating on the inside of the watch. Mama Mia!

Each hour mark has its own fluorescent coating, although not applied perfectly evenly, but nonetheless working. All texts here are painted, with the exception of Arabic numerals at positions at 6, 9 and 12 hours.

At 3 o’clock position, the Arabic numerals are missing, but the date window is snugly placed. The date aperture is really not framed unfortunately.

The hands are wedge-shaped and each of them has its own fluorescent composition.

What is surprising is that the second hand also glows in the dark, which helps determine the performance of the watch under water. The second hand itself is centrally located and has a “tail” painted in red. The step of the second hand is smooth and is less than one second.

And to be more precise, there are already two of them here. But, to my regret, the crown, which is located at the 10 o’clock position, is decorative here and does not carry any specific functionality.

The second crown is at the 3 o’clock position. Alas, it does not have a threaded fastener, and this already tells us how much the given watch is “diver”. Also on the crown there is no company logo.

The diameter of the crown of a Paulareis watch is 6.9 mm and it is convenient for her to use to start the watch and set the time.

The watch case back is transparent, made of stainless steel and has a threaded mount.

What really upsets is the lack of any inscriptions about the model’s internal index and the degree of water resistance of the watch.

Since the watch mechanism does not have any inscriptions, and the finish of the watch is rather poor, it is difficult to determine whose mechanism it is, where its factory characteristics are made.

What happened to find out on your own?

The power reserve of this mechanism is 35 hours, and its accuracy is -56 seconds per day. There is a self-winding rotor with decorative trim and a company logo, which tells us that the watch should start by itself when constantly worn on the arm.

In fact, this does not happen, since the rotor of the automatic winding constantly wedges. As a result, you have to start the mechanism manually.

There is also no stop second, but there is an shockproof balance device.

Of the complications in the watch there is a calendar, but its switching between dates does not occur instantly. Date shift occurs in the interval from 22:00 to 01:00.

Since these watches are positioned as divers, their water resistance should be at their best. In theory.

In practice, the water resistance of this watch is only 30 meters. This means that you can safely wash your hands in this watch, run in the rain.

Well, or swim in something that is not deeper than a puddle, not afraid to damage the mechanism.

I would give the strap in this watch the first place among all the annoying factors in this watch. He was even able to get ahead of the autistic rotor with a big lag.

The strap is made of plastic, to which a waterproof fabric is glued on top. All this looks bright, but during the day the skin on the arm does not breathe and constantly sweats. If you already bought this watch, feel free to throw away your own strap and put on a leather one. The width of the strap is 21.9 mm.

There is only one plus in the native strap – this is a universal lock. It is made of stamped steel and has an engraving with the company logo.

2 crown out of 5. The watch looks good, but only in the photograph.